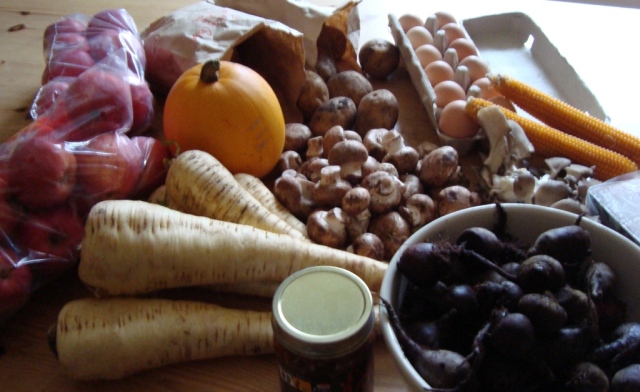 Feb 26 purchases from the Winter Farmer Market at Nat Bailey

Yesterday I went to the Winter’s Farmers Market at Nat Bailey. I was really impressed by the number of different vendors and the fabulous selection. Not sure how much of this is organic, but most of it was local – if you count southwestern BC local. Here is what I purchased:

(3) two types of mushrooms – oyster and crimini ($8).  These are going to be made into mushroom sauce.

(5) two dried cobs of corn ($3). I popped one by putting the entire corn cob in a paper bag and then microwaving it for two minutes. Most of the kernals popped, except some at the ends of the cob.  I tried to re-pop the cob by putting it back in the microwave for two more minutes but it started to smoke in a BAD way and had to put it outside so that the fire alarm didn’t go off.

(6) several pounds of baby beets ($5).  These have already been roasted and the skins peeled off, ready to be used in a salad.

(10) one jar of guacamole mix ($8). This is a jar of spicy tomatoes and onions that  you mix with mushed avocado. Tested that out yesterday too, and it was fabulous.

Total cost: $84.96. I think that this is a pretty good price for the amount and the quality of food purchased. I know that someone is going to read this and think  “WHAT!?!??! A DOZEN EGGS FOR HOW MUCH???!!! YOU CAN BUY ALL THIS STUFF CHEAPER AT COSTCO!!!!” I shop at Costco too, but have much more fun at the farmers market.

By demonstrating what local stuff is available this time of year, the market gives me some idea of what I might be successful at growing next winter. I haven’t had much success so far with winter farming, so I might try parsnips and beets this year.  I was surprised that there was no kale.

On a different front, here is a photo of Gimli covered in a blanket of snow: 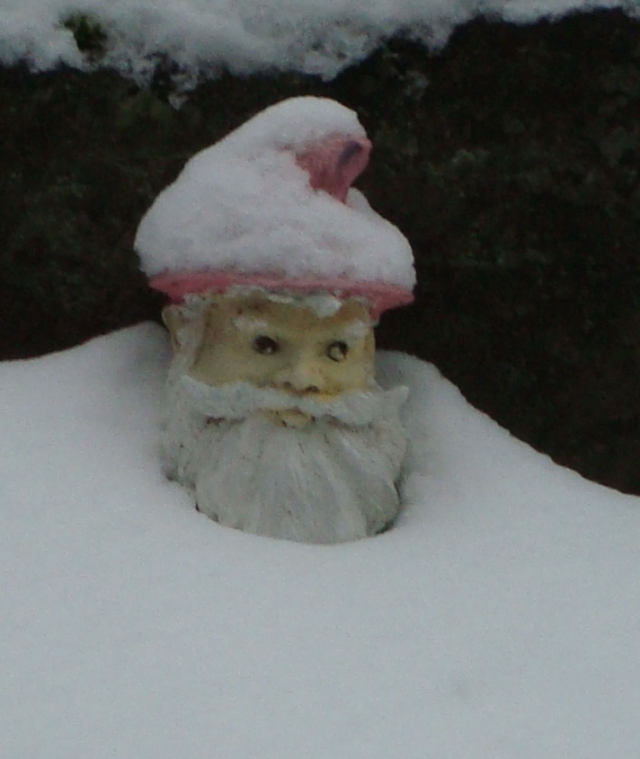