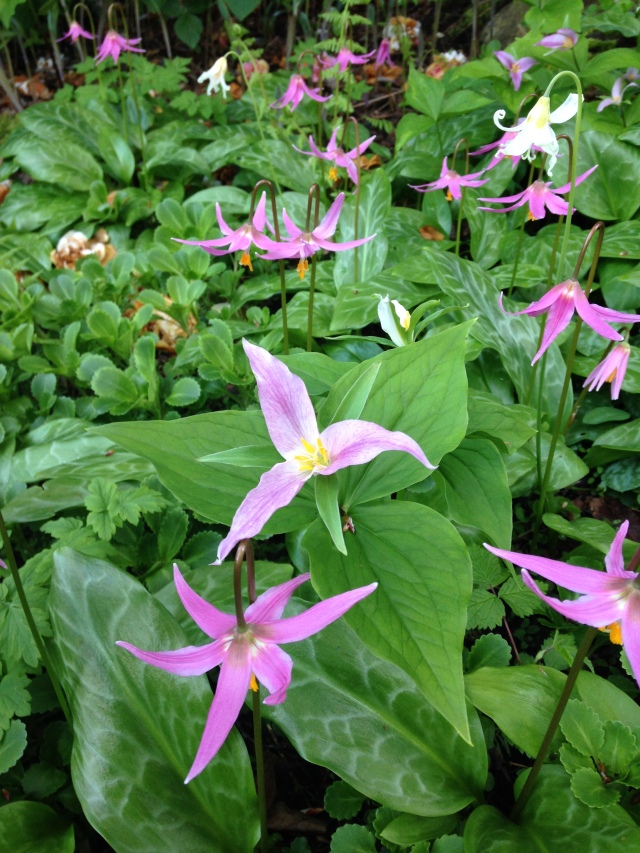 Over the last several summers we’ve hosted honeybee hives in our backyard. Having the hives was beneficial for everyone: the bees had a safe (pesticide free) place to propagate during the summer, we had an ample supply of pollinators for the raspberries, apples and zucchinis, and we enjoyed our own honey all winter. The hives were literally the life of the garden and we loved watching the bees as they buzzed around the hive.

I’m not the Hive Mama, but sponsored the hives from Bryn Jones in Langley. He delivered the hives in the early spring, visited the bees during the summer to check on the health of the bees and to add honey boxes. In the fall he picked up the hives and returned them to Langley, where they were cared for in the winter.

Unfortunately, most of Bryn’s hives didn’t survive the unusually cold, wet winter we had here on the Wet Coast. Colonies were weakened by the cold. Some hives didn’t have large enough clusters of bees to keep the queen warm, while others didn’t have enough pollen and honey stored. A fungal disease called Nosema apis spread through many of the hives. Of 105 colonies, only 25 survived the winter.

Although we’re disappointed about not hosting hives this year (and are currently hoarding our remaining supply of honey), mostly we are just heartbroken for Bryn and his bees. He is meeting with the provincial bee inspector to determine which colonies are salvageable and to make a plan. He has purchased 35 new colonies from New Zealand and will keep most of the hives on his property to propagate new queens and to rebuild the remaining colonies. We look forward to hopefully hosting some of his hives again in 2018.

Fava beans and the pea war 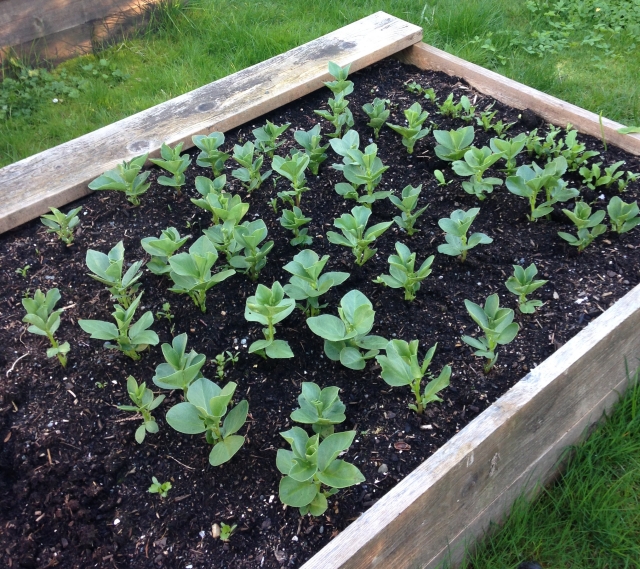 Favas and a few rows of radishes. Self-seeded cilantro is sprouting between the fava plants.

The fava beans planted in February are growing well. Despite a promising start, the fall-planted favas all froze and turned black during the winter. Most of the seeds planted indoors are thriving, including pumpkins, cucumbers and zucchini which I have transplanted into larger containers.

This year I planted peas in The Man’s tomato planter in February. When we returned from our vacation in March, I was happy to see the two inch sprouts and I removed the wire frame that I had used to cover the pea sprouts (big mistake). Within a few days, most of the pea sprouts had been rudely pulled up from the soil and the pea seeds eaten. Of course the green sprouts were left behind to mock me. I replanted the peas, put wire around the bed and also added a climbing net for the peas which has diverted the racoons from their regular route. Hopefully they will stop using the pea planter as a buffet.

Yesterday I noticed that someone in point grey had planted their boulevard with what looks like mixed grass and peas. I was on the way to a meeting so didn’t have time to stop, but I am going to swing by on my bike later this week to check it out and take photos. Their peas are already six inches tall. At first I thought that they had planted corn for the peas to climb on, but it is far too early for that.

With climate change, mosquito-bourne diseases are moving north. This weekend I finally covered the small holes that drain the rain water collecting on the concave lids into the barrels. The original plan was to glue patches of screen to cover the holes, but instead I found some fibreglass screen repair tape at the hardware store. Very cool stuff. I could just dry the lids, cut a patch of the tape, remove the adhesive from the centre of the tape and then cover the holes. I expect that I will need to replace the tape occasionally, but for now it seems to be working well.

Close up: fibreglass screen repair tape on a water barrel 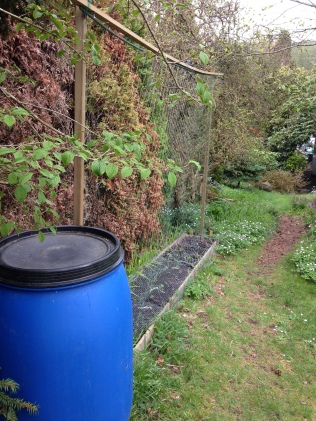 Water barrel beside the peas.